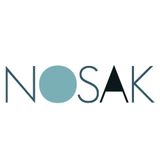 Never miss another
show from Nosakmusic

Nosak is a producer/dj from Thessaloniki, Greece.
He took piano lessons when he was very young and started discovering eclectic music in old vinyls.
It became evident that it was electronic music that impressed him the most .
His urge to produce music grew even bigger when he got his first synth.
After a few years he studied at SAE College in Athens so as to gain more in depth knowledge on electronic music production.
His work resulted in several releases and remixes in various respectable labels in Greece as well as around the world, having deep atmospheric mood as their main feature.
Djing is also a part of his love for music and his sets are noticeable for creating a deep journey like feeling .