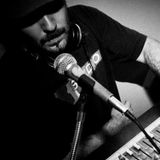 Never miss another
show from northical

Northical starts as a dj in 1999 with a radio show " in Rodon fm ( Serres ) which ran on hip hop and trip hop sounds. Then he came in to the reggae / dub and jungle scene presenting a 3-hour radio show " Εκτός Ζώνης- Fighting Talk radio show". Αt the same time he is a founding member of the reggae / dub band " Κακό Συναπάντημα " .He is active dj at bars,clubs and festivals mainly in Northern Greece , whether playing their own dj set either by participating in sound systems that most have traveled throughout Greece .“Demolition Show” is his longtime radio activity in Paranoise Radio since 2011 with reggae ,dub, steppers and jungle sounds. Since 2016 he is a founding member of handmade cassette label with the name "Encounter Tapes". Since 2020 Northical runs other radio shows with various music-styles in PlasticRadio.gr, MindtheRadio, Monkeybros.gr and more