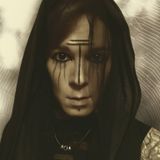 Never miss another
show from NoiZu

NoiZu began his journey to the rave music in -99 and has dedicated into DJ'ing as his profession since.

In the early 2000's NoiZu started playing in the club events focusing on energetic dance music. In Finland he has also produced a weekly radio show in SpinFM, is an organizer of gothic and cyberpunk themed Club Infektio events located in Helsinki, a co-organizer of Hellsinki Industrial Festival and a show host of monthly Darkest Hours by NoiZu at Doubleclap Radio.

Among the other harder genres NoiZu especially loves to terrorize the dance floor with the darker sounds of psytrance, industrial, dark techno, rhythmic noise, J-psy/core.