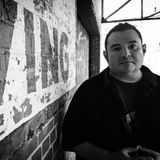 Born in New York, bred in Miami and seasoned in the South, DJ Nugz is a master of the funk, soul and tribal. Son of acknowledged music professor at the Institute of Popular Culture and Dance in Cali, Colombia, Nugz was heavily influenced by his father’s musically rich background and Miami’s dance music renaissance- Freestyle, Miami Bass, Hip-Hop and House of the early 80s.

In 2009, with partner Marshall Jones, they created Sound Cartel. They are also co founders of DanceGruv Radio.