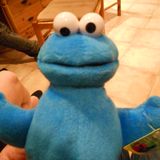 24 year old 'Noo' started deejaying early 2012 with his Mixtrack Pro & VDJ. After getting the gist of mixing he began to record mixes & listen too them whilst commuting to work.
Noo knew he had to improve his hardware and ditch the synchronise button to progress his mixing skills. His first opportunity arose when he bought his first CDJ setup. Since acquiring better hardware his mixing skills have improved & hopes too dominate a dance floor in the near future!