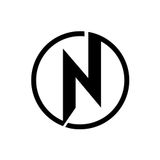 Never miss another
show from NIILO

She Twerkin' #1 by NIILO
by NIILO

NIILO is an upcoming talent as producer, as well as a veteran in DJing. Experimenting with music from 15 years old he covered many genres that range from trance, over hardstyle, progressive house, trap, deep house, and many more.

Music was always a pssion and at 19 he decided it was time to take it to a next level. His talent soon landed him several gigs and small festivals in his region.

The biggest aknowledgment was reaching the finals in the Tomorrowland DJ-contest, being selected as one of the 10 best out of almost 1000 applications. In the finals he got 4th place.

At that time he realised he got to get his game up as a producer, this led up to 2 releases (BIP Records) under the alias Maddox and an upcoming first release as NIILO.

His experience as DJ/producer makes he knows exactly what the crowds expect. As an artist you can't to pin him down to one genre a he likes to blend multiple in his energetic sets.

One thing is sure. You'll be hearing much more of him soon!