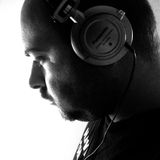 Never miss another
show from Smeerch

Smeerch became a dj by nurturing his passion in music. He born in Puglia but is living in Rome since 1997. As a boy he started to act as MC in some school party, then he moved to Rome for attending the University thus his love for deejaying blossomed. He started setting up parties and selecting records for his friends and then in 2001 Smeerch’s curiosity discovered DAW softwares and how easy it is to sample the songs, so the young dj started to stir sounds, mix synths and creating dance tracks. In 2017 he releleased “Samples’ Salad”, a self financed EP pressed on only 100 vinyl. In 2019 Plastik People Digital (Marc Cotterell's label) released his first official digital release: Afronenia; this track has been also remixed by Terrence Parker, the legendary dj from Detroit. In 2021 Major Underground released Hiccups, his second digital release containing even a remix by Mr. V.