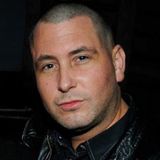 Never miss another
show from Nico

Nico and my mrs fuck about 3 each
by Nico

nico in the mix bits and bobs vol 1
by Nico

some old deep tech bits from a few years ago .....different flavas
by Nico

Nico has been a DJ for over 28 years now he first started djing at 14 at underground house parties and on the infamous weekend rush fm and from when he got his first residency at bagleys in 1994 for double dipped he didnt look back the buzz of djing stayed with him for life.
Nico then became a UK garage DJ in 1995 playing prime time slots for the biggest pirate stations around and playing for the biggest garage promoters in London.and the UK and being a resident at clubs including cafe de paris, klub storm and the koo klub among others also playing for promoters such as OneNation,Garage Nation,Telepathy, Hysteria uniteddance,Dreamscape,Decade of dance,Back 2 89,Dance 93,Trinity, Liberty, one nation, garage nation, sun city, pure silk, telepathy, hysteria, united dance,Dreamscape,Decade of dance,Back 2 89,

Nico has now turned his hand in last 7 years to promoting his own sold out boat parties and club nights with brands such as House is a feeling ,Diversion and One love .