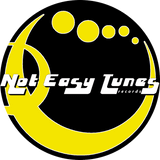 Never miss another
show from netunes

During the first half of 2000 the N.e.Tunes crew was pioneer of Industrial, Frenchcore and Terror sound in Italy, organizing parties focused on this sound before anyone else and giving the audience a chance to attend the performances of the best guest artists from worldwide. Many of these established artists had their first Italian appearance thank to a N.e.Tunes event. The second half of the past decade has seen the crew hitting the biggest and most important Italian hardcore events and venues, like Discoflorida and Number, One as active part of the organization of the hardest dancefloors.
The label has been quite active too, releasing on vinyl and digital tracks from almost all the guests that were proposed at the events as well as many new talents that are now established producers. In 2010 a darkcore sub-label named DARKMATTER was started.