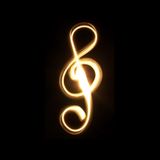 #the funk and disorderly radio show

It's all about the music and putting on amazing events.

Neil Pinnock was born in the UK and has a long and creditable music career which started off back in 1982 when he ran a Reggae sound system "Jah Love Hifi" with his friend in the Army.

After 23 years in the military - Neil got back into DJing in 2003 after his son started playing house music at a local club.

16 years on and Neil is still pleasing the crowds with his unique blend of soulful and deep house music both on the radio and in the club. Neil has worked the club circuit across the world, playing over the years at venues and events such as, SunceBeat, Vocal Booth, Beat Bunker, Soul Fusion, Soul Gravy, Fuel, Light Bar, but of late Neil has been concentrating on his radio show and putting on private music events for his dedicate friends "Country Beat" being just one of them.