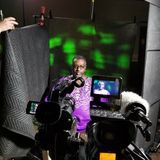 Never miss another
show from nealconway

Neal Conway is a world-renowned Producer/Songwriter/DJ/Remixer. Neal has been on the music scene since the late 80’s. He started out DJing under the guidance of his mentor Thommy Davis (Basement Boy Music). From there, Thommy brought Neal into the Basement Boy family. During his stint with the Basement Boys, he has cranked out hits like Gypsy Woman (She’s Homeless-Gold Record), Makin’ Happy, Surprise-Platinum Album (Crystal Waters), Scandal, Rejoicing (Ultra Nate’), Tonite (Those Guys) and many others. Neal was the man behind a number of early or the Original Basement Boy Production hits!!! More recently, Neal co-wrote a Double platinum selling hit for Rapper T.I. named “Why You Wanna”. Not only Neal received a triple platinum album, but he also received an award for having one of the top ASCAP (American Society of Composers, Authors and Publishers) songs for 2007. WALKING-Mary Mary (SOUL TRAIN MUSIC AWARD for BEST GOSPEL PERFORMANCE & 2012 ASCAP Music Awards for GOSPEL & for R&B).