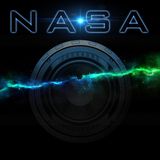 Never miss another
show from N.A.S.A.

N.A.S.A. the one man electronic music producer/performer from Copenhagen, Denmark has been in the music game perfecting his skills for almost 20 years now. Starting back in 1994 with simple tracking software he launched his career producing psychedelic electronica based music.
Being a long time member of the Danish music scene Mikkel aka N.A.S.A. began his career through an introduction into Goa Trance forming a duo project called Gnome Effect and expanding his solo career into the launch of N.A.S.A... His career has flourished to performing at international dates including festivals and club dates. He has since released an array of compilations and single releases over his vast career.