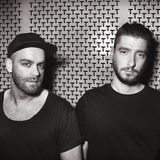 Never miss another
show from Muzzaik

Hungarian by heart, mondial by spirit! These two producers called Danny.L and Sullivan have been active in the music industry as producers for over a decade. Started in 2002 both gentlemen have seen most parts of the world in their career as a DJ. The main reason why both Danny.L and Sullivan stand out with their music is because of their spot on blend of production techniques, yet also the apparent craftsmanship of the DJ gear is a joy to watch when you see them rock a venue near you!

Danny.L and Sullivan have released many records in their career, many of which are featured on legendary imprints such as: Spinnin, Big Beat, Great Stuff Recordings, Toolroom, Stealth Records, Nervous among many others.

Muzzaik, for a night you will remember!