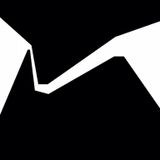 Never miss another
show from mutinyuk

Mutiny Uk November In the Mix
by mutinyuk

Mutiny UK
Rob Davy and Dylan Barnes have been writing music, producing, DJ’ing and causing mayhem together as Mutiny for almost two decades. So far their career has produced 5 Artist Albums, countless Compilations and numerous DJ residencies at Night Clubs all over the world, including Pacha Ibiza, Womb Tokyo, Saturday Sessions at MOS, The End, Turnmills.

Mutiny have achieved many Underground Hit Records over the years including two National TOP 40 successes with ’Secrets’ and ‘The Virus’ as well as having remixed tracks for artists such as Stereo MC’s, Basement Jaxx, Robbie Williams to name but a few.

ADDICTIONS is out now on HARRY ROMERO'S BAMBOSSA RECORDS