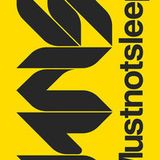 Never miss another
show from mustnotsleep

Polish duo of djs and producers. They actively promote new electronic music in Polish clubs. They club nights called Music of the Future are one of the most popular cycle of parties in Warsaw. They invited and played with such great artists as Cosmin TRG, Blawan, Pariah, Lil Silva, Jam City, Bok Bok, L-vis 1990, Kingdom, Addison Groove, Nguzunguzu, Dubbel Dutch, Kowton, Lando Kal and Klic.

They were invited to be warm up djs for musicians like Benga, Son of Kick, Oneman, Objekt, Cristian Vogel, Robag Wruhme or Inigo Williams.

In march 2012 they started their radio show in one of the most popular radiostation in Poland - Planeta.FM

What you can say about music styles they are into? They just enjoy playing music for the people. In their sets you can hear house, uk funky, future garage but they are not afraid of having fun with hip hop, juke, techno and any music that can fit in the momentum of the night.