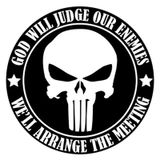 Never miss another
show from mrmikac

The Annual: Millennium Edition (Mix 1)
by Ministry of SoundReposted

A word describing a genre of electronic music that sprung up in detroit and europe around the same time (early 80's). Was (and Is) characterized by a 4/4 drum kick beat (varies), mechanicalistic effects and drum patterns from drum machines and synths, occaisional bassline, melody of various kinds, and a repititive feel (NOT TO BE CONFUSED WITH TRANCE). Unfortunately, the word techno was hijacked by mainstream media in the late 80's to cover for everything electronic. This pisses off a load of people each day when they hear others say techno for everything from house to jungle. Please, those of you who do use the word techno for everything electronic--don't. Figure it out.
Techno is made up of such subgenres like acid, detroit (dead), minimal, deep, german, and swedish.