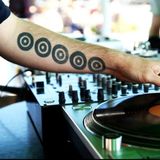 Never miss another
show from MANU/MANU

Member of Paris crew Chateau LaTeuf (translates roughly to "the party castle") and Club Bass and Wine blog, Mpulse plays records since more than 15 years from the early days of his illegal rave activism to the creation of the Chateau Lateuf crew in 2006

His mixtapes had the favors of some mighty blogs like Discobelle, Trash Menagerie, Pipedown, Lower End Spasm, Desparrame, and his Parklife Bench competition mix was the favourite with dj Rob Drake's as voted for by Warehouse Project resident Krysko and Hacienda legend Mike Pickering