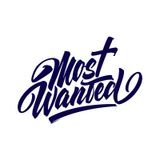 Never miss another
show from Most Wanted Radio

We are an association of Dj’s and musicians from Saint-Petersburg. Among us: Dj Tonik, DJ Mask, Dj Shtaket (LA). Groups from all over the former USSR have joined us already! Our music and beats grew from the Hip-Hop scene of the 90’s, we witnessed the culture blossom, and much was planted and harvested back then! A lot of it settled on the vinyl. Thousands of sets were played since then. Though nothing new is foreign to us, the modern rhythm of life dictates it’s sound. We see in it well upgraded old school! We broadcast original Beats, Instrumental Hip-Hop,Hip-Hop classic and new, Funk, Acid Jazz, Easy and a little bit Disco won’t hurt!