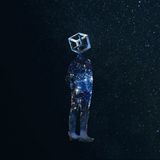 Never miss another
show from Monoblok

THE HACKER : MIXTAPE N° 266
by The Voice Of Cassandre MixtapeReposted

Yann Aubertot aka Monoblok is a born experimentalist with a solid classical music background and a self taught master in the science of obscure audio manipulation. Founder and curator of Rodoid netlabel and organizer of Paysages Électroniques festival, Monoblok has been playing around with electronic textures for the most part of his life and regularly gets involved in hybrid musical projects such as the Electro Wind Band. Since 2009 he has released a number of critically acclaimed records with fellow musician PSLKTR and has been busy producing hybrid techno with rock influences and an experimental edge.