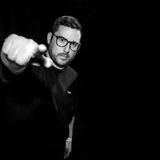 Warm It Up - Mo Fingaz
by Mo Fingaz

www.mainsqueeze.co.uk
Mo Fingaz is two decades deep with his energetic party style making him a staple DJ in London's busy nightclub scene. A lifelong digger and record collector, Mo Fingaz prides himself on presenting a solid foundation of great music and ensures that his sets incorporate the freshest new releases, as well as stone cold classics.

He began DJing in the early noughties, as part of Bristol D&B collective Drive By, and as part of The Snugs, alongside Swaby of The Heavy. Residing in the UK's capital for the past decade, Mo Fingaz is resident DJ alongside Mr Thing, Spin Doctor and Russ Ryan at The Doctors Orders, London's longest serving Hip Hop party. He also stands tall alongside DJ BobaFatt as they represent Main Squeeze, both on the dancefloor and the radiowaves.

A regular at the likes of Glastonbury Festival, Hospitality and Soundwave in Croatia, he has played across the UK and in Europe at events such as The Big Chill, Reading Festival and many more