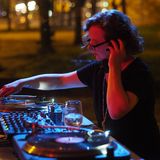 Mo Loschelder, founder and owner of Media Loca, has been an active part of the Berlin electronic music scene since earl 1990ies.
As part of Elektro Music Department she has produced and released various EPs and albums.
WWW.ELEKTRO.FM/MUSICDEPT.HTML
She also took part in organizing and programming of 3 independent venues: Elektro, Panasaonic and Init, all based in Berlin Mitte from 1992 until 1999.
In June 2009 she founded Media Loca.
Since then she has co-produced political/musical festivals:
2013 Perspectives, PERSPECTIVES-BERLIN.COM
2014 Continuity and Change: Energy and Society after Fukushima 11.03.11, AUSLAND-BERLIN.DE/CONTINUITY-AND-CHANGE
2015, 2016, 2017 Heroines of Sound Festival & Heroines Editions, HEROINES-OF-SOUND.COM