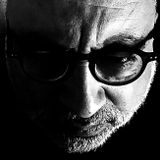 Misterflip (aka Flip Calvi) is an Italian DJ and producer, born in 1960 in Sardinia, in Olbia. He participated in the advent of Private Radio in Italy in the mid-70s and has always carefully followed the world of dancen and Funky sounds. Thanks to the experience of the radios he has a broad musical culture but he too has always looked for new sounds and experimentation. At the end of the 80s the love for house music and electronic music, but also with acid jazz and the first phenomena of hip hop. In the meantime, console work grew in prestige as he was the protagonist of the clubbing revolution in Italy. In 2001 he moved to Thailand and founded Asiagroove, the first house and deephouse parties in Southeast Asia and is resident on Fridays and Saturdays at Jazzit in Bangkok (Royal City Avenue). He will be resident at the Buddha Bar in Sardinia and will start a series of productions with Giangi Cappai's Motibus Rec, create a podcast listened to all over the planet: Soulful Invaders. I