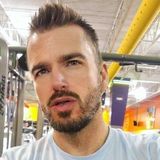 The bottom fell out of my musical sky in 1999 when my good friend DJ Tracy Young began encouraging me to follow suit in my passion of dance music which I had since childhood. It wasn't until 2007 when she asked me what I was doing with it, I realized that I had become complacent just making the odd podcasts here and there that I had done for years. I re-evaluated what I was doing and where I wanted to be and decided the two pictures didn't match. Over the past few years I made made it a priority to remix tracks instead of just doing sets which had been my forte for the previous 10 years. Soon I began producing tracks and realized that the passion was alive and well, bursting forth to be fulfilled. I'm now producing official tracks and/or mixes for Levi Kreis, Naked Highway, Charlie Harding and more