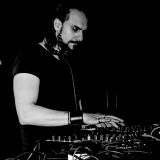 Never miss another
show from minitechproject

Minitech Project is an ambassador of nu-skool techno. His unique dark,minimal,and driving style has secured him residency in some of Amsterdam’s hottest techno nights playing peak time slots amongst some of the best names Techno has to offer such as Mauro Picotto, Luigi Madonna, Spartaque, Irregular Synth, Audiomatiques, Rob Hes, A++, Arjun Vagale to name a few. His productions are in high demand and are played and supported by some of the hottest names in the industry such as Joseph Capriati, Richie Hawtin, Karotte, Alex Mine, and many more
In the DJ booth, Minitech Project never fails to deliver a skillful spontaneous infusion of tracks combined with loops and independently produced elements with FX added to create some breathtaking experiences.