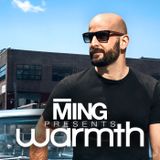 Never miss another
show from MINGsMusic

Support MINGsMusic by subscribing directly to this channel and get access to exclusive rewards.

Listen to MING's originals > >https://hoodfamo.us/MING_Spotify
-------
Grammy-nominated DJ and multi-genre producer MING has spawned EDM trends for two decades. Just ask Steve Aoki, who publicly proclaimed MING "a legend." To fans’ delight, that legend is still very much in the making.