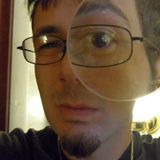 Never miss another
show from mindblur

Nick Folsom, aka MindBlur, is a Des Moines native and a major contributor to the Iowa electronic music scene for over a decade now. Starting out attending legendary shows throughout the Midwest in the late 90's, this raw era of electronic music contributed to shaping his unique style of blending many types of music. Jumping in to the DJ side of things in 2003 he began mixing drum and bass. After a couple of years he realized that one genre didn't suit what he was trying to do with music. So began his destiny to mix many different genres together in creative ways including trip hop, dubstep , glitch, breakbeats, techno, house, jungle and many others and sub genres of all of the above. Mindblur also writes abstract poetry and translates these thoughts in to spoken word. As of late he has picked up the reigns on producing his own music, so expect some original material soon :) .Tune in to his podcast, At the End of the Rabbit Hole, from 6-8PM CST every Monday on http://glitch.fm/ .