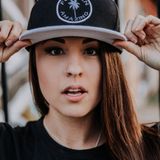 Never miss another
show from MikiTaka

If one word could be used to describe Miki, it would be, DYNAMIC. A experienced artist and entertainer, she has performed at numerous nightclubs, festivals and arenas throughout the world, playing for crowds of thousands and sharing rosters with some of the world’s top artists. She prefers not to stick to one mold and true to her passion for trance, house, and electro, Miki’s sound is best described as an intimate love affair between the genres and their sub-genres.

On the scene for a decade, she has served as official DJ for popular video game series, held residencies at premier nightclubs across the globe and maintained regular weekend slots on national radio. Back on the grind for this new year, Miki heads back into the studio and on the road, with songs set to release as she makes her way back into to world of touring and sharing that which is closest to her soul; music.