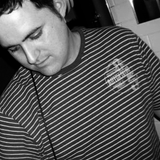 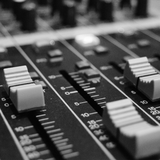 Idea for a new show!?

by Mikey Inglis
Let's hear ideas for a show exclusive to you...
4
3mo ago

Support Mikey Inglis by subscribing directly to this channel and get access to exclusive rewards.

"Mikey’s been playing at events and parties in central Scotland for over 20 years now.

His hard work and natural DJ talent has earned him huge respect from some of Scotlands key house and disco players, such as Gareth Sommerville and DJ Q. It has led to gigs at the likes of Telefunken and Edinburgh’s 13 year old flagship house event Ultragroove, sharing the bill with DJs such as Joey Negro, DJ Sneak and Derrick Carter as well as featuring twice at T in the Park’s Bacardi B Live Tent.

Mikey has also appeared at other events such as SkyFest, The Big Tent Festival and support for Edinburgh’s Red Bull Three Styles event.

In his local town of Dunfermline and across Fife he has setup, guested and been residency in almost every venue, his first being a set with legendary Tom Wilson.