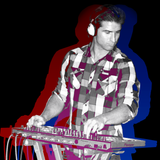 A native to Los Angeles, Mike Strip exceeds the highest quality of
entertainment, providing a fresh perspective to a constantly changing
music scene. Mike Strip was one of the pioneers of video DJing,
and to this day still houses a well envied collection of music videos.
In addition to working as a disc jockey and fitness enthusiast, Mike
Strip is an established songwriter whose tracks have been featured
on television. Such shows include, “Spring Break Shark Attack”
(ABC), “Canal Street Brothel” (CBS), and “For One Night” (Lifetime).
His most recent placement was on “The Starter Wife,” USA Network’s
highest rated miniseries to date as well as the hit series “Smallville.”
The song “My Brother in Law”, which was picked up by Song Gram
Records, can be currently downloaded on iTunes. He also remixed
the hit single “All of the above” by Maino featuring T. Pain (Atlantic
Records). Check out beatport.com for all of his recent releases!