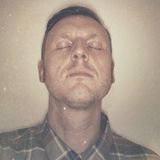 MADE IN JAMAICA
by Dominic DawsonReposted

Throughout his 20 years as a DJ and producer, Mike Healey's sole aim has been to discover, curate and share good music regardless of genre.
You could say he cut his teeth in the bedroom and playing to empty clubs, but his relationship with music started in earnest aged 6, when he was given a Dansette record player and a stack of old 7's by his Dad's mate. Announcing those tunes to an imaginary radio audience as they dropped one by one onto the platter had a mesmerising effect. Those early imaginary radio shows unlocked a lifelong love affair with music, and paved the way to developing a style that is diverse but fluid. His 2005 mix 'Masical Mugic' brought together hip hop, drum and bass, breaks, techno and house as a seamless whole, claiming second place in the IDJ magazine mix competition and a slot at Turnmills. Most recently, through his long association with the respected Cubism label, Mike has played at Fabric numerous times, which remains his favourite club to this day.