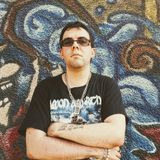 Never miss another
show from Anhydrite

Anhydrite (real name: Mike Berkshire) is a Canadian-born twenty-six-year-old up and coming electronic music producer currently living in Costa Rica. He has been involved in music from early on, first with experience in bands. When he was fifteen, a high school friend showed him FL Studio. Others introduced him to experimental and electronic music through the likes of Blaqk Audio, múm, and Panic! at the Disco. Frustrated with the inability to find members to form a lasting band; however, captivated by electronica, he soon decided to try his hand at electronic music production; although only getting serious within the last three years. He has been described by his fans as an "out of the box" thinker, as well as an eclectic individual who makes and loves all sorts of music.