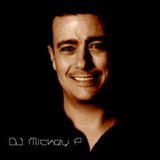 Hailing from Johannesburg, South Africa Michael qualified as an audio technician for Sony (SA) and traveled South Africa providing product knowledge to Sony employees and clients. He then qualified as a sound engineer at Downtown Studio in Johannesburg and further extended his studies at the prestigious School of Sound Recording (SSR) in Manchester & London in the United Kingdom by doing Sound Engineering & Computer Music Production. Whilst studying at SSR Michael was given the accolade of “Best Final Project” when he composed & produced “Tariff 10” which later featured in SL Magazines ” New Sound Search” CD released in July 2005. Michael is no stranger to releasing CD’s: In 1999 he released ”Happy House” under the USM label and then the following year ”Mastermix 2000” under Universal Music (SA). Michael Pereira was the owner of post-production studio “Swift Mix Audio” based in Johannesburg where he provided Final Mixing, Sound Design, Foley and ADR for radio, TV and Film.