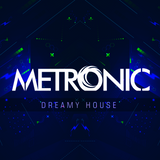 Never miss another
show from METRONIC

Silva, Alysson, born in 1978, has always had a strong interest in music since childhood. His appreciation became even more apparent in 1994 when he discovered that raving wasn’t enough, but master the art of mixing with the perfect synchronization in a constantly surround atmosphere was what he wished the most. At that time, every single playback device was still a mystery, but not for long.Once he acquired his professional equipment, he never stopped investing his time and knowledge to electronic music. METRONIC is a visionary DJ that not only sees the present but can also see beyond. He has the ability to understand and to translate the music of the present and the trends well into future. In 2009, he finished a course of musical production on the Albeton Live, and currently works as a DJ. His learning process is independence study of the subject matter, constantly seeks the knowledge witch will lead to the endeavor witch will constitute new songs