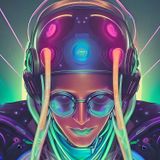 Never miss another
show from Metaphix

Metaphix is a Swiss-based DJ and music producer. His hometown is Berlin, Germany.

Metaphix has been producing music since his childhood and plays drums since he was 6 years old.
In his teenager years, he was confronted with the music genre Psychedelic Trance and immediately developed a deep connection not only to music itself, but to the entire culture around the genre.
He likes the music until today and started to produce music in 2016 in this music genre.
In 2017, Metaphix started playing at parties and learning how to play his own music at parties.

In early 2018 he played for the first time as a DJ and in late 2018 he signed a label contract with PsyTribe CH.
In 2019 Metaphix opened the Whisper Lounge with Psynimalistic, PsyConstruct and the entire label PsyTribe CH.

End of 2019 Metaphix announced the label contract with PsyTribe CH for internal reasons and is now DJ and producer without a contract.