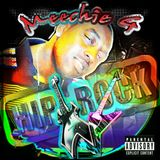 Never miss another
show from meechieg

It's been said that Rapper Meechie G is Realer than the Rest. Surviving 2 attempts on his Life after 2 nearly fatal shootings that almost ended his life on 2 separate occasions, Short stints in jail here & here & the Cutthroat Mentality of the Drug Trade. After relocating from Chicago to Georgia Demetrius McQueen became Meechie G in Pursuits of his music career. So he decided to open a home based recording studio to further master the craft of the art of music in late 2006. Since then he's released over 20 Mixtapes & Albums that are available all over the internet & can be found by doing a quick Google search for Meechie G!