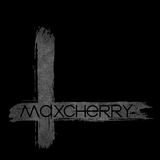 Never miss another
show from MAXCHERRY

Almost no other DJ keeps the balance of the genres Deephouse, Techhouse and Techno in his sets with such an incomparable delicacy as the Cologne-based DJ and producer MAXCHERRY. Thanks to his apparently unerring sense for creating new worlds of sound he takes party people throughout Germany to an unforgettable journey.
MAXCHERRY‘s talent in creating an own and open-minded sound recognizable within a fraction of a second has yielded him not only gigs in Italy, The Netherlands, Belgium, Austria and in Switzerland as well as on festivals such as Parookaville, Springinsfeld, World Club Dome and the Loveparade, but also a residency in the Cologne-based Bootshaus, one of the world’s most famous clubs that in 2017 ranked #15 in the DJ-Mag’s Top-100-Club-Voting.