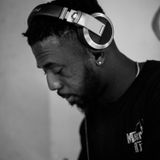 Never miss another
show from MauriiceTheDJ

MauriiceTheDJ, born as Maurice Hamilton in Kingston, Jamaica has been here in Canada for what seems like many years. 2007 was the year he had arrived and he has been spinning ever since, working and perfecting his craft.
He started his career by DJing at small events, friendly gatherings and house parties and started making his way up to Toronto and GTA (greater Toronto area) all ages club events. Mauriice has worked with a number of talented individuals in and out of the city such as
DJ StartingFromScratch, SpexDaBoss, StoneLove from Jamaica & more! The main influence in his career revolves around his father, the notorious Ian Mixx Master from Road Star; a popular sound crew established in Jamaica. Maurice's goal as an up and coming DJ is to be the most versatile DJ out, being able to play for a different variety of people and at the same time enjoying what he loves which is music.