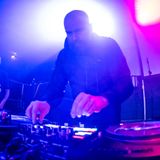 DJ Circle - Kek'Star (SA) back to back
by DJ Circle

Lover of original Hip Hop and Electro, from Grandmaster Flash to Captain Rock. His first delve into music making was cutting up and remixing tape loops on a borrowed HIFI tower. Alongside long term collaborator Wayne Roberts, this love for technology developed into the emergence of the electronic duo, ‘Heavy Deviance’. Heavy Deviance’s debut outing for Mint Source was the acclaimed single EASTERN LIGHTS which received broad radio and dj support from such well known names as Lauren Garnier, The Blue Room (Radio1) and Ali B (Capital FM).

2005 saw the release of the Heavy Deviance first long player 'A Slow Walk Down The Stairs' which received rave reviews and great features from the British music press and was nominated 15th best album of 2005 by M8 magazine.

Having a love of DJ'ing that spans over 20 years, Circle entered and made it through to the finals of a nationwide DJ contest (Emerging Talent) run by DJ Magazine.