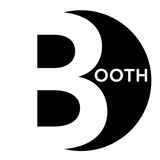 Friend in the Hallway
by Dj Booth

Dj Booth…….Matt should be no stranger to anyone following the dance music scene, having been a resident for one of London’s best known underground parties, Coalesce. He’s been spinning his unique blend of deep funky house, with electro and techno influences, in all the major London clubs for years, taking in venues such as Ministry of Sound, Club UK, The Glasshouse and SE1, not to mention appearances at Zap (Brighton), Manga Rosa (Brazil) and as a special guest at Velvet, for New Year’s eve 2003 (New Zealand’s biggest dance event). Matt has also played (and hosted) on several radio stations including George FM (New Zealand) and UP FM. He was also the winner of the Battle of the Dj’s 96/97.