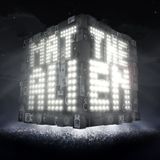 Never miss another
show from Mat the Alien

Since the age of 14 Mat has been mixing , scratching and making mixes - beats , spanning many genres , tempos and styles , but always having one thing in common - heavy beats and bass lines with lots of cuts and turntable tricks thrown in.
It all started after hearing the electronic sounds being played in the warehouse party's around the northwest of England in 88. Taking it back Mats dad opened a record store in 1978 called Vibes Records (#1 independent record store in the UK) and eventually a second store Muze in Bury just out side Manchester where his parents grew up.Being around music from an early age lead to Mat taking up the drums at age 10 and it wasn't until 1988 that he stumbled upon the underground Acid House scene taking over the UK warehouses. From then on he searched out where this music was from
You can download more mixes at sound cloud
and my website
www.matthealien.ca
https://soundcloud.com/matthealien
https://soundcloud.com/really-good-recordings
Really Good