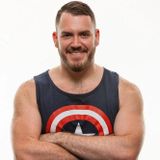 Blue Hearts In The Street
by Matt Effect

#blue hearts in the street

Matt Effect is an established performer who has been spinning for many varied events, and residencies at some of Sydney's iconic venues including ARQ Nightclub, Manacle, The Oxford Hotel, Phoenix and Midnight Shift.

His progressive house sets have been heard all over Australia along with New Zealand, The United States and Canada. Not many DJ's come along that show such versatility in their work quite like Matt Effect. His work ranges over many different styled events, to not shy away in the background but yet to stand out as one of the big guns. Which has developed him a great reputation not only for his music, but his dedication towards all his work.