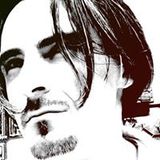 Massimo Vivona
was born in Sicily Italy. He was young and impressionable during the explosion of electronic influence in music and was absolutely captivated by the ‘other worldly’ sounds that were able to be achieved through experimentation of electronic instrumentation. Groups such as Pink Floyd, Kraftwerk, Rockets and Mike Oldfield were all a huge inspiration for Massimo to go deeper into his passion for music production. Also influenced by funk, Massimo cites tremendous inspiration was sparked by artists such as Johnny Guitar Watson and James Brown.

Massimo began Dj’ing at age 11 at events in Sicily and these events kept growing larger. Upon coming of age, Massimo moved to Germany to pursue music production further. When his first production “De Largo’ was complete, he gave it to Pete Namlook of FAX RECORDS label in Frankfurt. Thorsten Fensler, the manager of club DORIAN GRAY in Frankfurt got a hold of the single and it was soon after placed at #1 on the club charts in Germany.