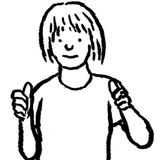 Never miss another
show from marsellars

Mar is originally from Vancouver and moved to Toronto in the summer of 2012 after 8 years in Europe (London and Berlin). She has played in numerous bands (The Riff Randells, The Ewoks, The Duloks, The Racket), been a CBC radio personality, European booking agent, promoted gigs, worked at the BBC and now runs her own Management company (Mar On Music). She's written about music for numerous publications and web sites in Canada and the UK. She loves radio and music and hosts a weekly new music radio show.