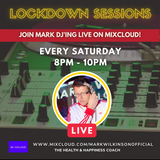 Support Mark Wilkinson by subscribing directly to this channel and get access to exclusive rewards.

In the music industry, people like Mark Wilkinson are hard to come by. His history reads like a house music bible. Across the globe he’s deejayed in over 65 countries, produced with the world’s greatest music makers, had chart topping success, and shaped half a dozen production monikers along the way; and this is a mere drop in the ocean of his career. Mark’s personality is larger than life, which is why he’s such a success: say ‘Mark Wilkinson’ to most people in the business and nine times out of ten you’ll get a story back about a time when they crossed paths with him…