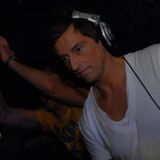 DJ Mario started playing already at the age of 14 for a local radio-station. Just a couple of months later he started to play in his first club and ever since he never skipped a weekend playing somewhere. To name a few: the legendary Boccaccio in Destelbergen (89-93), Zillion in Antwerp (99-01), Boys in Paris, warehouse-party’s in Holland (90-ies), Streetparade in Rotterdam (99), gayprides in Brussels, Paris, Amsterdam, Cologne … His style has evolved from disco in the eighties to acid-house beginning nineties, trance end of the nineties and nowadays house & electro. Since 2001 he’s one of the residents in Red&Blue, Antwerp, and in September this year he will be celebrating his 34th anniversary as a DJ !!!