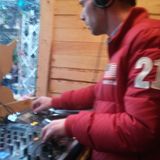 facebook : www.facebook.com/marcwest.be
twitter : www.twitter.com/MarcWest_BE
soundcloud : www.soundcloud.com/marcwestofficial
www.soundcloud.com/NotFatFellas
http://www.facebook.com/techrecmusic
He started out when he was verry little ..
As a young boy he was always looking for the best part of a song.
Marc West started with playing techno and minimal and after a while he started looking for the music with more soul.
In 2000 / 2005 he created the first remixes and
started manipulating tracks who were difficult to mix ,and created this way
his own sound. The studio was based in Ghent, Belgium.till 2012 MarcWest kicks off its first remixes with a scrumptious cross--section of
electronic and sticky club sound.
House,Techno,Minimal,Techhouse Deephouse
In the summer of 2013 he started with one of his best friends Sweet&Sour (David Huys)The project NotFatFellas....