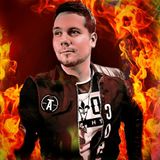 Makeflame Dance To The Trance Mix
by Dj TeeReposted

Trance Is My Religion vol 6
by MakeFlame (Official)

Trance Is My Religion Vol.6
by MakeFlame (Official)

Trance Is My Religion vol.5
by MakeFlame (Official)

MakeFlame is not an unknown producer in the trance scene. He has been involved with it since 2017 and has produced dozens of songs. His style is energetic, technical and melodic trance. 138 or 140Bpm He was born in Tampere, Finland. He started playing the music about 16 years old. That's when he bought his first synthesizer. The legendary band Scooter is his favorite. Their music inspired him to learn to play a synthesizer and trance in the 90s. He played music for about 8 years. His first synthesizer was the General music CD30. In the 90's it was a great "toy" to record each channel separatel
www.beatport.com/artist/makeflame/601225
make.tamminen@gmail.com
https://www.twitter.com/makeflame
https://www.facebook.com/makeflame
http://instagram.com/makeflame/