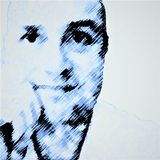 In 1989 I started listening to old school house genre. It made me discover the universe of mixers, DJ consoles, Technics turntables, DMC World DJ Championships and dance music in general even though I never tried using the mixer .
In 2015 I discovered the VirtualDJ software during the New Year celebration and after a superficial approach with the Hercules consoles.
In 2016 I started to study the potential of VirtualDJ software and I created my first dance compilation "110 BPM Compilation" followed by many others. They were quite good given that I didn't have a mixer.
In 2017 I bought my first Hercules DJControl Instinct S Series mixer which uses DJuced software and I mixed my first rock compilation "Rock'n'Run" despite normally using pop EDM songs.
I also designed the covers of my compilations.
...To be continued...
https://open.spotify.com/user/11168909771
https://www.youtube.com/channel/UCwx_NuDiN4AU7-fkD5JAAOQ
https://www.facebook.com/luca.chirieleison