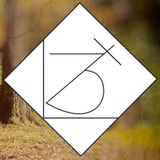 Run by 7rystan
Quality music is a human right.
LT3D is non-profit.

LT3D, formerly known as ‘LessThan3Dubstep’, is a promotional service meant to showcase the best of modern music, not necessarily the most popular. The goal of LT3D is to shine a light on talented artists, no matter the style. Although LT3D primarily focuses on EDM, the goal is primarily to showcase talent and quality production, so any genre is fair game. Too often do promotional channels stick to one genre and only promote stuff that’s already getting a crazy amount of promotion… which just seems unfair to artists who think outside of the box… and don’t get me started on promotional channels that are run by people who don’t know the first thing about music production and music theory.

Hopefully you enjoy your stay! Remember, quality music is a human right. Don’t settle for crap.