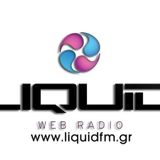 LiquidFM began broadcasting at 103.4 FM in 1997, with great success, always providing the best of electronic music. In 2002, because of the revocation of licenses by the state, was forced to close, while a year later returned, this time on the internet, with three radio stations, one with Greek, one with rock and one with electronic music, which had great response from listeners.
In 2010 LiquidFM began to transmit again over the internet, as one of the most dynamic Greek Internet Radios, with an average of 1,300 listeners a day from Greece and abroad, who prefer to advise in electronic music, and more ... Apart from its presence on the internet, the station broadcasts relayed from legitimate channels of the province.
LiquidFM is constituted with some of the best radio producers from prominent Greek and others dj's and of course producers with love for music, presenting everything new, along with more classical tracks of all time music.